BYU vs UW thoughts and links

Just wrapping up coverage of the BYU-Washington game.  I wanted to share some remaining thoughts about the game, as well as some great BYU-UW links I’ve come across. 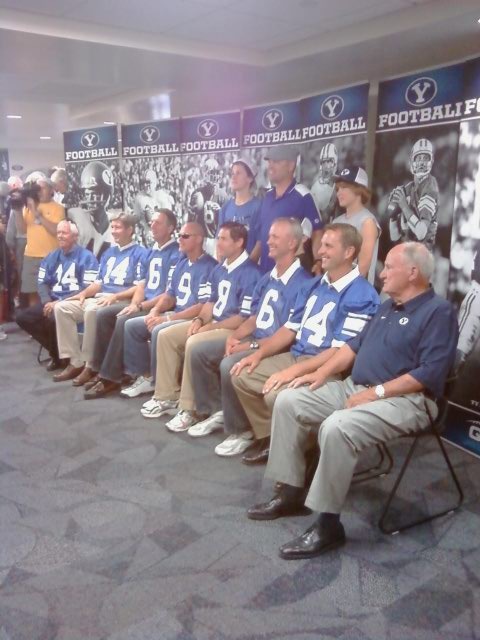 First, I just found out that the Huskies’ motto this year is “Expect to Win.”  I hope they get there this season, but clearly BYU is already there.  It’s a great thing to strive for.

UW’s defensive coordinator commented after the game that he didn’t even notice Jake Heaps in the game.

Bronco Mendenhall says He isn’t the one that made the two QB decision.  He’s leaving that up to Anae and Doman (Offensive coordinator and QB coaches).

More on the Di Luigi touchdown pass – the call was made by Riley Nelson.  He told JJ that if he saw the middle linebacker come on the blitz, to run a seam route.  That’s play recognition and leadership.  Nelson also made a gutsy run to get a 2 point conversion.  He’s bringing a lot to the table.

Heaps has Favre-like zip on his passes.  A lot of the drops were thrown a little too hard for even the experienced WR’s.  I would watch for Heaps to learn to gauge when to zip it and when not to, and for the WR’s to get used to his ball over the next few games.

With this win, the Cougars have won 3 straight over the Huskies, evening the all time series at 4 wins apiece.

The Cougars got a safety!  First time in nearly 7 years.  Last one came against Boise St. in 2003.

This is a story from the Seattle Times’ Steve Kelley.  It is a look into the psyche of a Husky fan; it is also truly one of the saddest pieces written on sports that I’ve ever read.  I really feel sorry for them, and I do hope they win enough games to get into a bowl this year.

Other great places for general BYU coverage are Jay Drew from the Salt Lake Tribune, and KSL, a news channel in Utah, has a great BYU page.

Watching for the new rankings this week.  BYU may break top 25 in the coaches poll.

That should wrap it up for BYU-UW.  Next up will be a preview for BYU-Air Force, 9/11 at 2pm mountain.