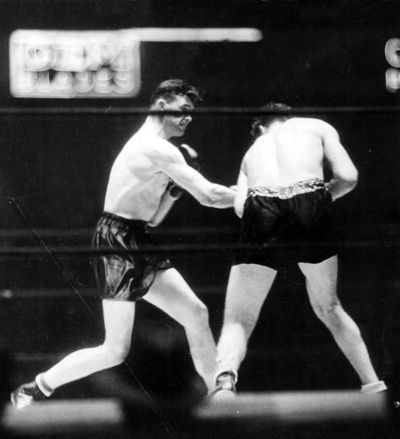 Las Cruces, New Mexico – Bronco Mendenhall was in a no-win situation as the Cougars took the field on Saturday afternoon. For nearly two seasons Bronco has stood firmly behind Riley Nelson as his starting quarterback, refusing to bring in other talent at the position except in the rather-frequent event of Riley being injured. With Nelson facing another injury following the San Jose State game, Mendenhall announced Friday afternoon that senior James Lark would be making his first collegiate start in his final collegiate regular season game. If Lark put up big numbers, Mendenhall would never hear the end of the fact that he’s kept Lark on the bench for the last six years in Provo. If Lark struggled, or if the Cougars lost to lowly New Mexico State, Bronco would be the most wanted man in Utah County, and not for the right reasons.

Lark came out and had the game of his dreams. Despite the team starting out flat and lifeless (a recurring theme of this season) Lark started out hot, going 10-10. His passes were crisp and safe. His goal, he said, was to get some rhythm early by completing easy passes, and then working the ball downfield more and more. By the time the game was over, Lark had led his team to a 50-14 blowout victory throwing 6 TD passes (5 to top receiver Cody Hoffman) while piling up 384 yards and zero interceptions. He effectively spread the ball around to eight different receivers. He even completed a long bomb TD to a wide open Hoffman.

What does the victory mean? Throughout sports there are great examples of underdogs who refuse to quit on their dreams and eventually have their moment in the spotlight. There is obviously the example of Rudy Ruettiger, the Notre Dame player who was “5 foot nothin’, a hundred and nothin’, with hardly a spec of athletic ability” who touched the field for the Irish in the final game of his career for just two plays.

My favorite example, though, is the boxer James Braddock, who was once on top of the boxing world before injury and the Great Depression appeared to end his boxing career and left him fighting for the survival of his family, scrapping and saving just to make enough to pay to keep the electricity turned on. When an opportunity comes up to fight the number two fighter in the world on just 24 hours notice, Braddock jumps at the opportunity. He is paid $200 to basically be a punching bag as Corn Griffin puts on an exhibition match before his chance to fight for the Heavyweight Title. Braddock stuns the boxing world by knocking out Griffin, and at Madison Square Garden, no less! Braddock, once one of the top heavyweight fighters in the world, had lost his boxing license after injuries had prevented him from putting on good fight years before. The boxing commission had granted him his license just for the Griffin fight, and it was a night to remember. After the fight, his trainer/agent/coach/brother-in-law comes into the locker room ecstatic and incredulous of what just had happened. With tears in his eyes, he said “Jimmy, that was one hell of a goodbye!”

I don’t know what the athletic future will be for James Lark. Braddock went on to fight again and eventually became the heavyweight champion of the world. Rudy Ruettiger never put on pads again after his first and only game. What happens between now and Dec. 20th when BYU faces the Aztecs in the Poinsettia Bowl is anyone’s guess. Nelson may make a full recovery and be ready to go. He may not heal and Lark will get to play again. Lark may even play regardless of Nelson’s status. But if that was the last performance we see from a truly great young man, a young man who never quit and continued to be a stellar teammate when his heart was probably broken, I say this to Lark: “Jimmy, that was one hell of a goodbye!”