Yesterday BYU announced the hirings of Jason Beck as quarterbacks coach and Guy Holliday as receivers coach. Beck was a former quarterback for BYU, but this isn’t the “J. Beck” jersey that started for the Cougars and has played in the NFL for six seasons. Since the re-hiring of offensive coordinator, Robert Anae, in January the offensive staff of BYU has been in uncertainty.

I’m surprised that this uncertainty remained through last week’s National Signing Day, as unknown coaching hires could potentially dissuade recruits from signing on the dotted line to play for the Cougars. As recently as last week, Coach Mendenhall had said that he had hoped to get the coaching hirings all made within a couple of weeks. With these recent hirings BYU can now look towards opening spring camp and implementing a new offensive strategy.

Beck played quarterback for BYU from 2004-2006 and logged just one start during that time. Since graduation, Beck has been quick to progress through the coaching ranks. He began as an intern at LSU, learning under then-offensive coordinator Gary Crowton. His first real “coaching” position came as passing game coordinator/quarterbacks coach for Ron McBride at Weber State from 2009-2011. During that time Beck coached Weber State quarterback Cameron Higgins, who now holds many of the key passing records in the Big Sky Conference.

After the 2011 season Beck was offered a position as the offensive coordinator at Simon Fraser University, a Division II school in Canada. During his one season as offensive coordinator, Beck took over an SFU offense that ranked last in most major offensive categories in their conference and turned them in to the No.1 offense in passing offense, scoring offense, and total offense.

While Beck is young and has only six years of coaching experience, those six years have produced results that qualify him for the position he is taking. An academic All-American in junior college before joining BYU, Beck has shown that he has both the smarts and savvy to elevate the play of the player he coaches on a variety of different levels. Having played at BYU and observed much of what makes a successful D1 quarterback, Beck should be a terrific addition to the BYU staff. 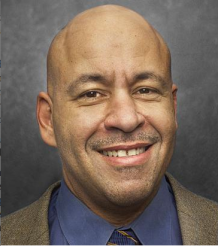 Holliday is new to Provo, but brings a long career of coaching with him. During his 22 years of coaching, he has been a receivers and tight ends coach, offensive coordinator, and recruiting coordinator. His coaching positions have taken him from Division II coaching where he began with Clark Atlanta University to the SEC where he coached at Mississippi State. Most recently Holliday has served as the receiver’s coach at UTEP, where his coaching has resulted in 70 WR touchdown catches over the past four seasons. He has also held the wide receivers position at Cornell and Western Michigan.

Holliday’s certainly appears to have a knack for coaching wide receivers as he has coached several receivers to 1,000+ receiving yard and 10+ TD catch seasons. Although BYU’s offense struggled to get the ball down the field the last two seasons, Holliday has a slew of veteran wide receivers returning including Poinsettia Bowl Offensive MVP Cody Hoffman, Ross Apo, and JD Falslev. The wide receivers were really the least of the problems in an up-and-down passing campaign in 2011-2012 which featured poor quarterback play, a weak offensive line, and a series of injuries to key players. With offensive coordinator Robert Anae back running the offense, the focus has been on beefing up the offensive line. With a healthy quarterback, Coach Holliday should see great success from his new and returning receivers.

The hirings of Beck and Holliday should just about round out a complete overhaul of the BYU offensive coaching staff. They join offensive coordinator Robert Anae, running back coach Mark Atuaia, and offensive line coach Garret Tujague, who were hired earlier in January.